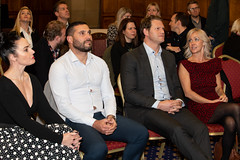 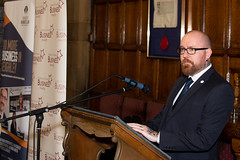 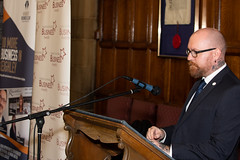 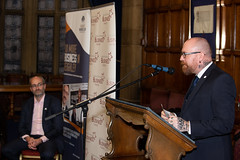 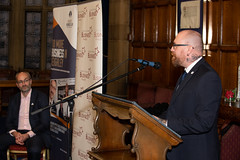 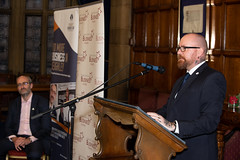 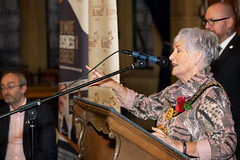 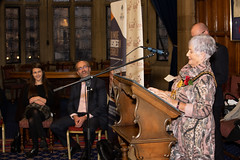 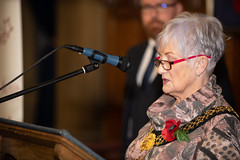 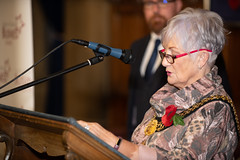 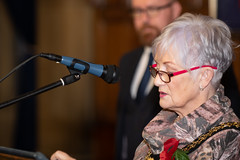 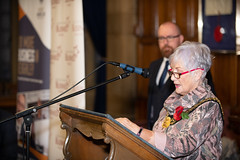 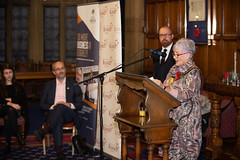 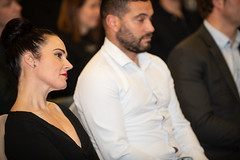 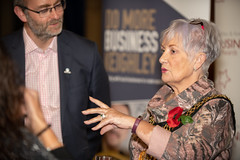 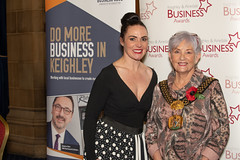 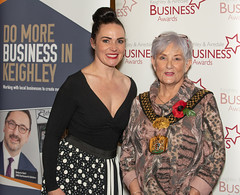 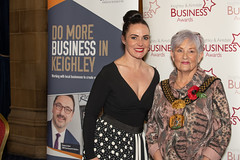 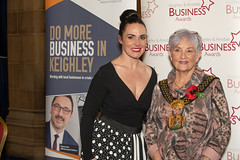 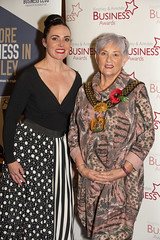 On Monday 21st October 2019 winners, highly commended businesses, sponsors and committee members were invited to attend a Civic Reception with the Lord Mayor at City Hall in Bradford.

Proceedings began with the Lord Mayor – Cllr Doreen Lee opening the event, with further comments from Cllr Alex Ross-Shaw. Steven Burles the co-chair of the awards then followed and interviewed Andrew Wooler from RN Wooler, this year’s SME and Overall Business of the Year and Sarah-Jane Fortune from Yoga Wellbeing who won Independent Business of the Year. Both expressed their thoughts about the awards and how they have had a positive effect on their businesses.

All greatly received the reception, and we thank the Lord Mayor for hosting it. We can announce that another event will be held in January 2020 to begin the launch of the awards in 2020.